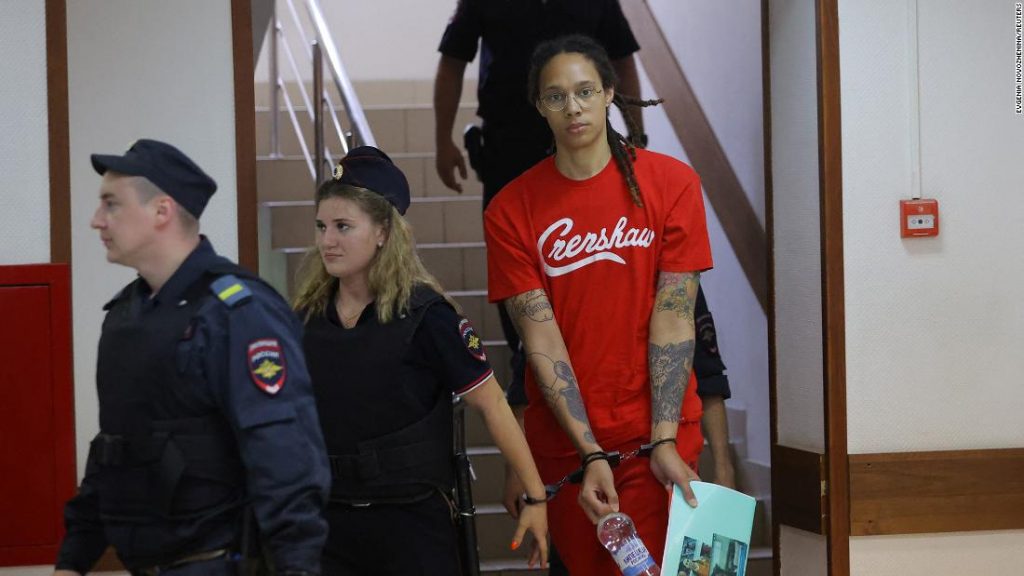 Griner, who the US State Department has classified as wrongfully detained, faces up to 10 years in prison under the charge.

The 31-year-old was arrested in February at a Moscow airport after Russian officials say they found cannabis oil in her luggage. The basketball star, who plays in Russia during the WNBA’s offseason, has been held since then on drug smuggling charges punishable by up to 10 years in prison. Her trial began last week.

Griner told the court Thursday she had not intended to commit a crime, state news agency RIA Novosti reported. Speaking through an interpreter, Griner said she had not meant to carry drugs in her luggage, but that it was the result of her packing in a hurry, the report said.

Griner left the courtroom without giving any comment to reporters, and her next hearing is set for July 14.

Supporters of the Phoenix Mercury player have called for her release over fears that she is being used as a political pawn amid Russia’s invasion of Ukraine.
Griner’s plea came on the second day of her trial, which began last week, when a prosecutor accused her of smuggling less than a gram of cannabis oil in her luggage. According to TASS, another state news agency, prosecutors argue Griner intended to import the drugs into Russia’s territory and put the prohibited substances into a backpack and a suitcase.

Cherelle Griner was “grateful” for the call from Biden and Harris, she said in a statement Wednesday.

“While I will remain concerned and outspoken until she is back home, I am hopeful in knowing that the President read my wife’s letter and took the time to respond,” she said. “I know BG will be able to find comfort in knowing she has not been forgotten.”

This is a developing story and will be updated.