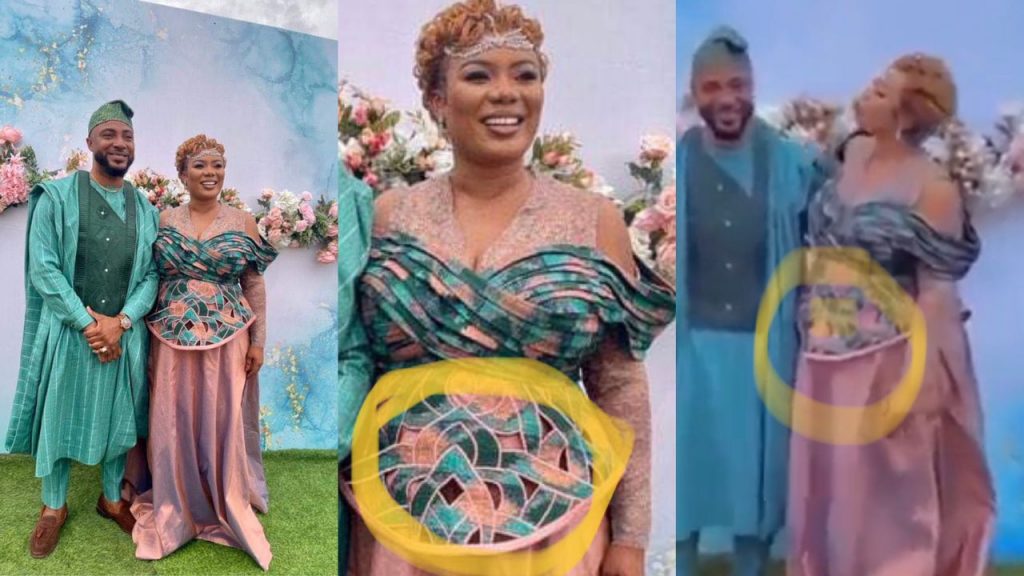 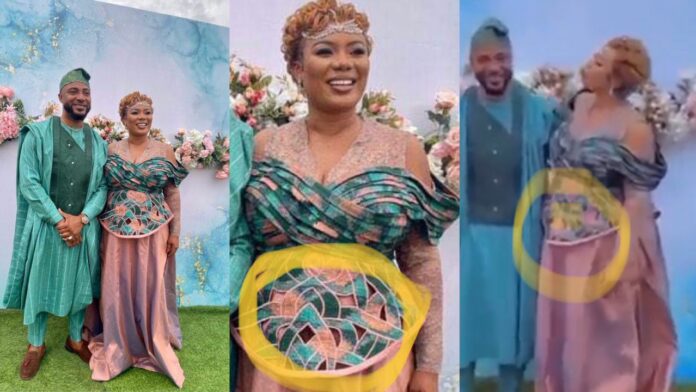 The prying eyes of the public have been fixated on the apparel Bridget Otoo wore for her marriage and the motivation behind it.

As many have looked keenly at the dress, the mannerism of Bridget and the uneasiness of the groom, it has come to the fore that she was probably married as a coverup.

As a coverup for what exactly?

Well, many believe Bridget Otoo is five months pregnant and, to avoid shame and public dissatisfaction, has decided to just marry.

With what she said about marriage and men still fresh in the minds of many, it has become easy for the public to ascertain her underlying reason for the marriage.

Why did she choose that dress?

Why is her tummy protruding?

Why does she look so pale and quite uncomfortable?

These are the unanswered questions in the minds of many. And to provide answers to them, the universal suggestion has been that Bridget Otoo might be carrying a child after all.

In Ghana’s society, as in many societies, there are several marriages that are conducted to avoid the shame of giving birth out of wedlock. Many families shun the sight of that and would go to the moon and back to ensure that a miraculous marriage takes place.

Well, Bridget Otoo might just be another exemplar. An exemplar of a woman who is heavily pregnant and, as a result, has speedily married to cover it up.

Many experienced eyes have paid critical attention to the pictures from the marriage and have said “Bridget Otoo is pregnant.” As of now, there is no empirical evidence to support the rumour.