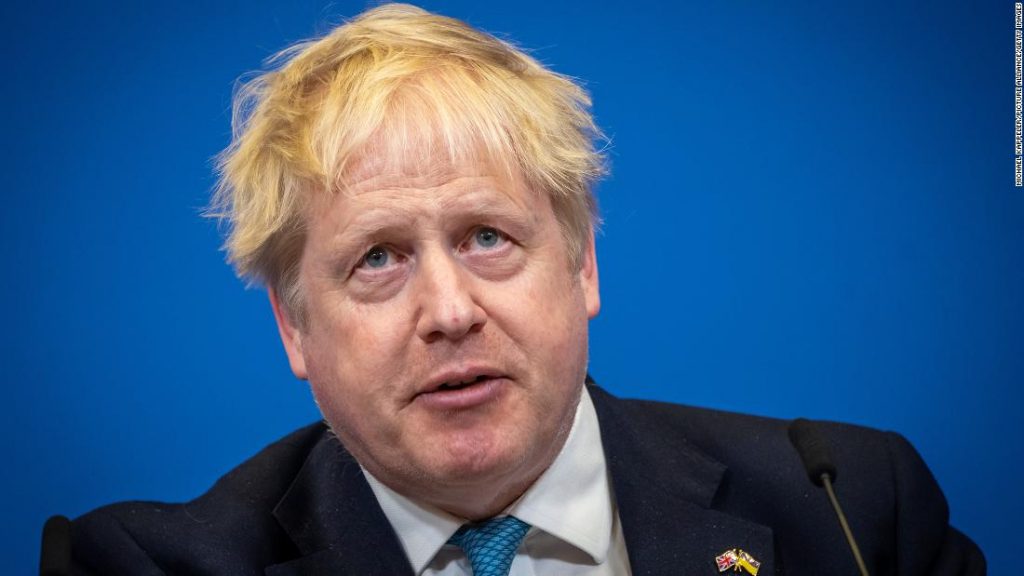 “I don’t think that biological males should be competing in female sporting events. And maybe that’s a controversial thing … but it just seems to me to be sensible,” Johnson said during a visit to a hospital in Welwyn Garden City, Hertfordshire on Wednesday, PA media reported.

Johnson made the comments while speaking on a number of issues, including the UK government’s controversial decision not to include transgender people in the ban on so-called conversion therapy.

“And I also happen to think that women should have spaces, whether it’s in hospitals or prisons or changing rooms or wherever, which are dedicated to women. That’s as far as my thinking has developed on this issue. If that puts me in conflict with some others, then we have got to work it all out,” Johnson said, according to PA.

“That doesn’t mean that I’m not immensely sympathetic to people who want to change gender, to transition. It’s vital that we give people the maximum possible love and support in making those decisions.

“But these are complex issues and I don’t think they can be solved with one swift, easy piece of legislation. It takes a lot of thought to get this right,” he said.

Johnson’s comments come just days after transgender athlete Emily Bridges said she has been “harassed and demonised” by the media after the UCI, world cycling’s governing body, ruled she couldn’t compete at the National Omnium Championships in the UK over the weekend.

Bridges, who was set to race against British Olympic stars such as Laura Kenny in the event, said she found out through British Cycling last week that the UCI had ruled she was ineligible.

The 21-year-old Bridges said in a statement she has been in contact with British Cycling and the UCI for the past six months ahead of what was supposed to be her first race in a women’s event.

“In that time, I have provided both British Cycling and the UCI with medical evidence that I meet the eligibility criteria for transgender female cyclists, including that my testosterone limit has been far below the limit prescribed by the regulations for the last 12 months,” Bridges said in her statement, which was posted by LGBTQIA+ cycling group PRiDE OUT.

As of March 1 2020, UCI regulations state that transgender women must reduce their testosterone levels to below 5 nmol/L for at least 12 months in order to compete in women’s events.

The UCI did not immediately respond to CNN’s request for comment. CNN has reached out to Bridges directly but is yet to hear back.

However, the Guardian reported the UCI prevented Bridges from competing because it said she was still registered as a male cyclist and therefore ineligible to compete as a female until her male UCI identification expired.

“I am an athlete, and I just want to race competitively again,” Bridges’ statement continued. “No one should have to choose between being who they are, and participating in the sport that they love.

“As is no surprise with most of the British media, I’ve been relentlessly harassed and demonised by those who have a specific agenda to push.

“They attack anything that isn’t the norm and print whatever is most likely to result in the highest engagement for their articles, and bring in advertising.

“This is without care for the wellbeing of individuals or marginalised groups, and others are left to pick up the pieces due to their actions.”