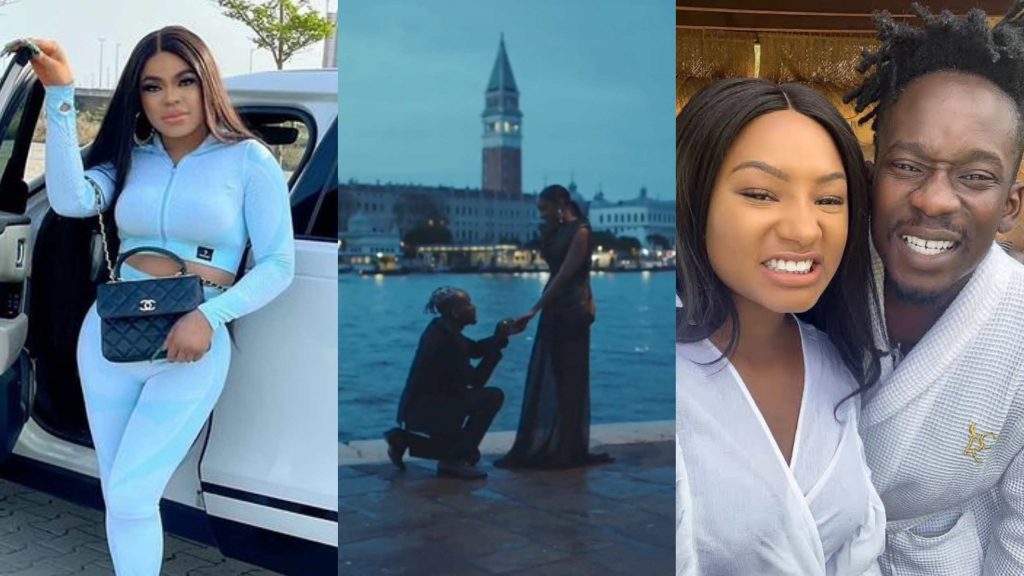 Popular crossdresser, Idris Olanrewaju Okuneye, better known as Bobrisky has taken to his social media page to scold Nigerians who are notorious for proposing in public.

This comes after popular singer and songwriter, Mr Eazi proposed to his longtime girlfriend, Temi Otedola, the daughter of Billionaire businessman, Femi Otedola, and sister to Disc Jockey, Cuppy.
The singer had proposed to Temi in a romantic atmosphere, in a quiet place, with no crowd.

Bobrisky has praised the couple for this while he lashed out at Nigerians who are fond of proposing in public locations filled with people.

“Can you people see where Mr Eazi proposed to Temi Otedola? No crowd. Just two of them. But if na you now you go carry your bug head go ShopRite where people full and you go still go collect embarrassment on top”