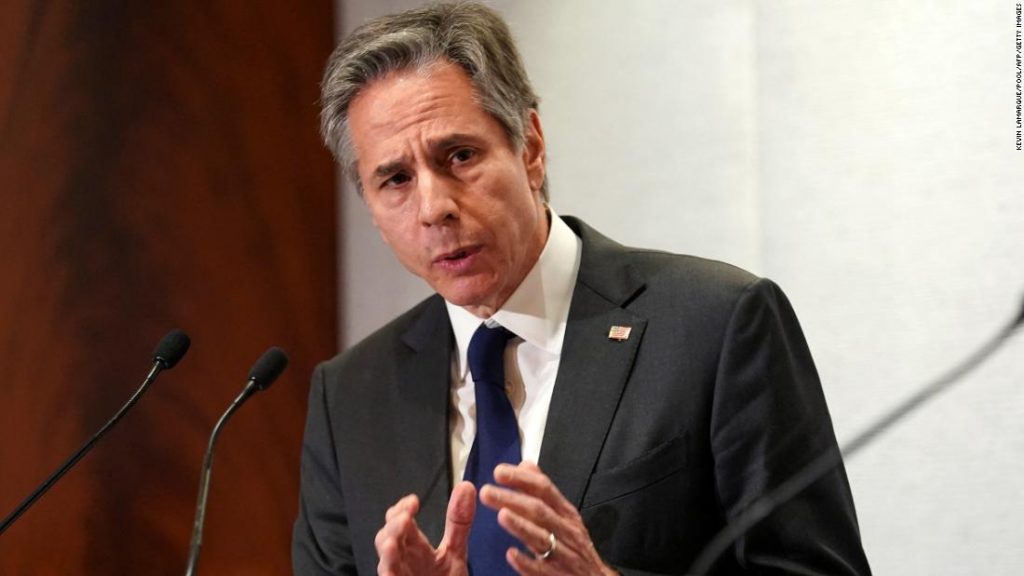 Speaking at a press conference with his Rwandan counterpart on Thursday, Blinken said he raised “serious concerns” about human rights during his earlier meeting with Kagame, including the case of Rwandan citizen and US permanent resident Paul Rusesabagina.

“We believe people in every country should be able to express their views without fear of intimidation, imprisonment, violence or any other forms of repression,” Blinken said at a press conference with Rwandan Foreign Minister Vincent Biruta.

“[We] underscored our concerns about the lack of fair trial guarantees provided to him,” Blinken added, referring to Rusesabagina’s case.

“We continue to urge the government to address concerns about the legal protections afforded to him in this case and establish safeguards to prevent similar outcomes in the future,” Blinken added later, responding to a journalist’s question.

Rusesabagina, who inspired the film ‘Hotel Rwanda,’ was convicted of terrorism-related charges and sentenced to 25 years in prison by a court in Kigali in September 2021. The US State Department previously said he was wrongfully detained, according to a statement released in July.

Anaïse Kanimba, one of Rusesabagina’s daughters, told CNN following Blinken’s meetings with Rwandan government officials, “We trust that if the US relationship with Rwanda is strong enough to be deserving of financial and trusted cooperation, then it is strong enough to push for the release of our father on humanitarian grounds.”

In a conversation prior to Blinken’s visit to Kigali, Kanimba told CNN that the family has strong concerns about Rusesabagina’s health. She said he was believed to have had a stroke three or four months ago, and without proper treatment, he could have another one.

“He’s a 68 year old man who’s been in prison for two years now under tough conditions. He’s also a cancer survivor,” she said.

“So anything can happen to him and they don’t have a proper medical care for him, they’re not willing to give it to him over there, and so that’s why we want the Secretary of State to fully advocate for our dad so he can come back home and get proper medical attention,” Kanimba said.

“We will request our partners to respect Rwanda’s sovereignty and Rwanda’s laws and its institutions,” Biruta said.

Blinken also said he had raised with Kagame the issue of “credible reports” relating to Rwanda’s alleged support for rebel group M23 and allegations of Rwandan forces being sent into neighboring Democratic Republic of Congo.

“My message to both [DRC] President Tshisekedi and President Kagame has been the same. Any support or cooperation with any armed group in eastern DRC endangers local communities and regional stability. And every country in the region must respect the territorial integrity of the others,” Blinken said at the press conference.

Rwanda has previously denied allegations by Congo’s government that it backs M23 and that it has sent soldiers over the border, according to previous CNN reporting. M23 has also denied it receives Rwandan support.

Blinken added that Tshisekedi and Kagame have agreed to engage in direct talks with each other and that both leaders are ready to restart talks with armed groups.

Later on Thursday, Blinken participated in a wreath laying ceremony at the Kigali Genocide Memorial to commemorate the victims of the 1994 genocide.