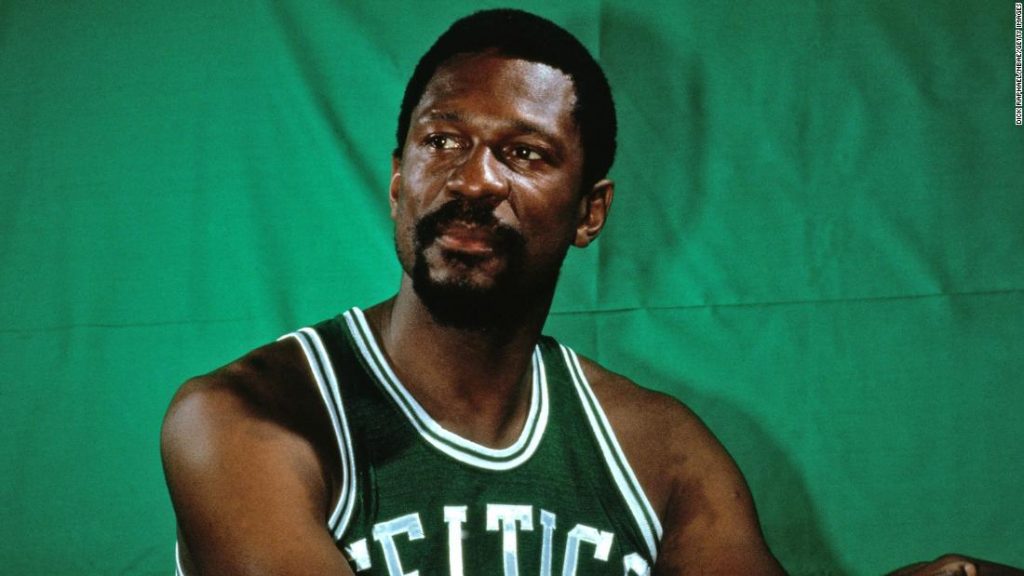 “It is with a very heavy heart we would like to pass along to all of Bill’s friends, fans, & followers,” the statement reads.

“Bill Russell, the most prolific winner in American sports history, passed away peacefully today at age 88, with his wife, Jeannine, by his side. Arrangements for his memorial service will be announced soon.”

In addition to his sporting achievements, Russell was one of sport’s leading civil rights activists and marched alongside Martin Luther King Jr. when he gave his “I Have a Dream” speech in 1963. He also supported iconic boxer Muhammad Ali in his opposition to being drafted into military service.
Former US President Barack Obama took to social media to praise Russell’s contribution to both basketball and society.

“Today, we lost a giant. As tall as Bill Russell stood, his legacy rises far higher — both as a player and as a person,” he said.

“Perhaps more than anyone else, Bill knew what it took to win and what it took to lead. On the court, he was the greatest champion in basketball history. Off of it, he was a civil rights trailblazer — marching with Dr. King and standing with Muhammad Ali.

“For decades, Bill endured insults and vandalism, but never let it stop him from speaking up for what’s right. I learned so much from the way he played, the way he coached, and the way he lived his life. Michelle and I send our love to Bill’s family, and everyone who admired him.”

Russell won 11 championships with the Celtics, including eight straight from 1959 to 1966. He was a five-time NBA MVP and a 12-time All-Star.

As a coach for the Celtics, he led Boston to two titles, becoming the first Black head coach to win an NBA championship.

“Bill’s two state championships in high school offered a glimmer of the incomparable run of pure team accomplishment to come: twice an NCAA champion; captain of a gold-medal-winning US Olympic team; 11 times an NBA champion; and at the helm for two NBA championships as the first black head coach of any North American professional sports team,” the family statement continued.

“Along the way, Bill earned a string of individual awards that stands unprecedented as it went unmentioned by him. In 2009, the award for the NBA Finals most valuable player was renamed after two- time Hall of Famer as the ‘Bill Russell NBA Finals Most Valuable Player Award.’

“Bill’s wife, Jeannine, and his many friends and family thank you for keeping Bill in your prayers. Perhaps you’ll relive one or two of the golden moments he gave us, or recall his trademark laugh as he delighted in explaining the real story behind how those moments unfolded. And we hope each of us can find a new way to act or speak up with Bill’s uncompromising, dignified and always constructive commitment to principle. That would be one last, and lasting, win for our beloved #6.”

The Celtics issued a statement lauding Russell and his contribution to both the team and the sport as a whole.

“To be the greatest champion in your sport, to revolutionize the way the game is played, and to be a societal leader all at once seems unthinkable, but that is who Bill Russell was,” the statement read.

“Bill Russell’s DNA is woven through every element of the Celtics organization, from the relentless pursuit of excellence, to the celebration of team rewards over individual glory, to a commitment to social justice and civil rights off the court. Our thoughts are with his family as we mourn his passing and celebrate his enormous legacy in basketball, Boston, and beyond.”

Fellow NBA legend Michael Jordan — widely considered to be the greatest basketball player of all time — said, “Bill Russell was a pioneer — as a player, as a champion, as the NBA’s first Black head coach and as an activist. He paved the way and set an example for every Black player who came into the league after him, including me. The world has lost a legend. My condolences to his family and may he rest in peace.”

“Bill Russell was the greatest champion in all of team sports,” Silver said in a statement. “The countless accolades that he earned for his storied career with the Boston Celtics — including a record 11 championships and five MVP awards — only begin to tell the story of Bill’s immense impact on our league and broader society.

“Bill stood for something much bigger than sports: the values of equality, respect and inclusion that he stamped into the DNA of our league. At the height of his athletic career, Bill advocated vigorously for civil rights and social justice, a legacy he passed down to generations of NBA players who followed in his footsteps. Through the taunts, threats and unthinkable adversity, Bill rose above it all and remained true to his belief that everyone deserves to be treated with dignity.”