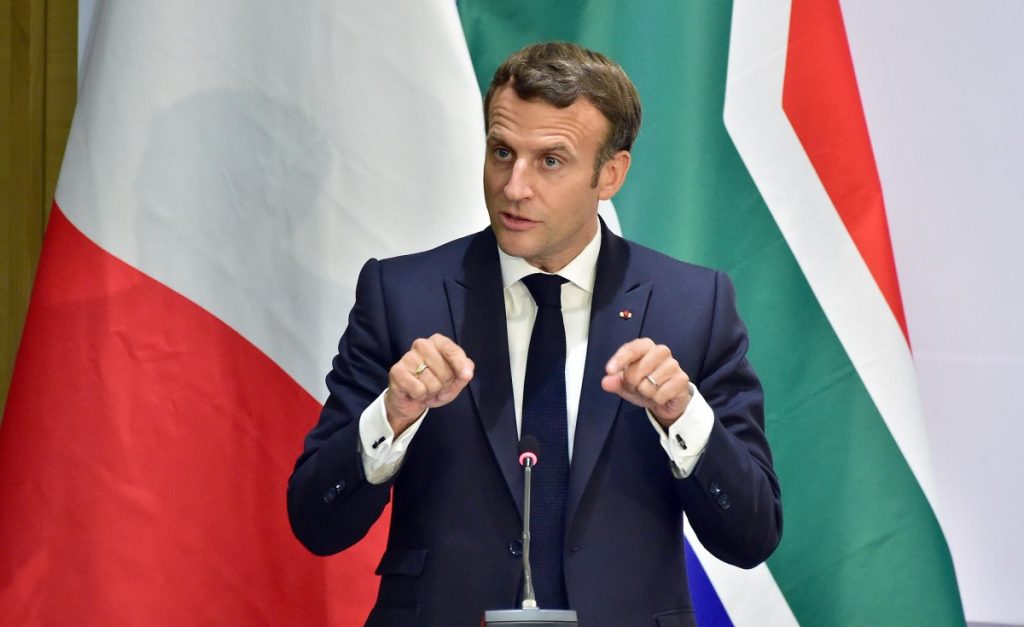 France, the United States, and Russian officials are visiting the African continent this week in an effort to garner support from various African nations for their stance in Ukraine.

“It’s like a new Cold War is playing out in Africa, where the rival sides are trying to gain influence,” William Gumede, director of Democracy Works, a foundation promoting good governance, told Associated Press (AP) newswire.

This spate of visits from French President Emmanuel Macron, Russian Foreign Minister Sergei Lavrov, and US’ UN Ambassador Linda Thomas-Greenfield are a shift into “high gear” in order to garner support from the various African countries, according to Gumede.

French President Emmanuel Macron was in Cotonou to pledge support to Benin in terms of countering terrorism after the West African country has faced escalated threats from al-Qaeda and Islamic-State-linked armed groups.

“France promises support in air, intelligence and equipment as well as training for the defense and security forces of Benin,” Macron indicated at a press conference with his Benin counterpart Patrice Talon.

“We are also going to meet Benin’s needs in terms of equipment and help the country to structure how it arms its army.”

France’s army is currently undergoing restructuring after withdrawing from Mali.

Critics consider Talon as leaning toward authoritarian, one-party rule. He freed 30 opposition supporters arrested during the 2021 election during Macron’s visit.

His trip to Benin, part of a three-country tour to Cameroon and Guinea Bissau, is part of a renewed effort to garner support in terms of the Ukraine war.

As Western countries have promoted that Russia and its war against Ukraine are to blame for rising food prices and massive shortages, Lavrov maintained in his visits that the West is creating a neo-colonialist war though food availability.

A number of African countries, especially Egypt, are reliant on Ukraine for grain, but since the war broke out earlier this year, no grain has been shipped.

“The situation in Ukraine did additionally negatively affect food markets, but not due to the Russian special operation, rather due to the absolutely inadequate reaction of the West, which announced sanctions,” Lavrov said in Addis Ababa, Ethiopia’s capital.

However, a large number of African countries have refused to comment or agree to Western sanctions against Russia. The most telling example was the UN General Assembly vote in March to condemn Russia’s invasion of Ukraine. Twenty-five African countries abstained or did not vote at all.