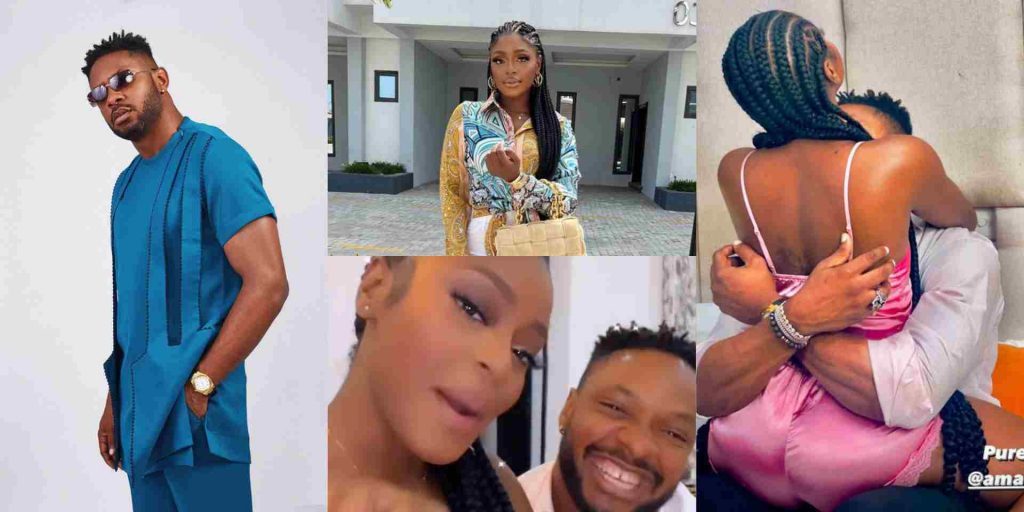 The Anambra-born fitness enthusiast recently took to his Instagram stories to share the photo which got tongues wagging on social media.

In addition to this, Cross also reposted a video of him and Ama Reginald in which the latter described him as her “On set husband.”

Recall that a few weeks back, Ama Reginald sparked dating rumors with the popular crooner, Davido causing netizens to tag her as his new girlfriend.

Social media users had even alleged that it was Davido who bought the new car, a Range Rover SUV she flaunted lately.

Videos of Davido and Ama Reginald enjoying a boat cruise further went on to strengthen the rumors about a possible relationship.

However, despite the claim, both Davido and Ama kept mum.

Check out some screenshots of Cross’s moment with Ama Reginald below:

Also, refer to some reactions from cybernauts who were in awe…