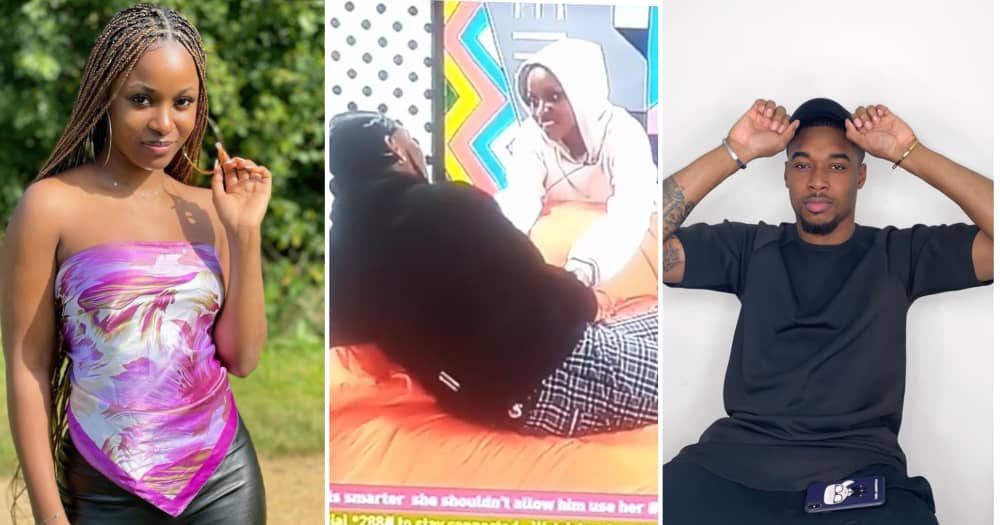 Big Brother Naija Level-Up edition housemates, Sheggz and Bella have been getting closer since the commencement of the show.

The duo have been giving off relationship vibes following their series of conversations together.

In a recent video, Bella and Sheggz were having a conversation about their journey in the house.

Sheggz made a pass at Bella hinting that he won’t be seen following her around.

However, fans have concluded that Sheggz was making reference to the Ozo and Nengi’s palava in the big brother house despite not mentioning their names.

Bella responded to his statement, revealing that he would have to work hard to get her.

“I don’t even want to see you like that or want you to be like that, but for real to get me, you have to work for it go and ask about me I’m being so nice right now.”