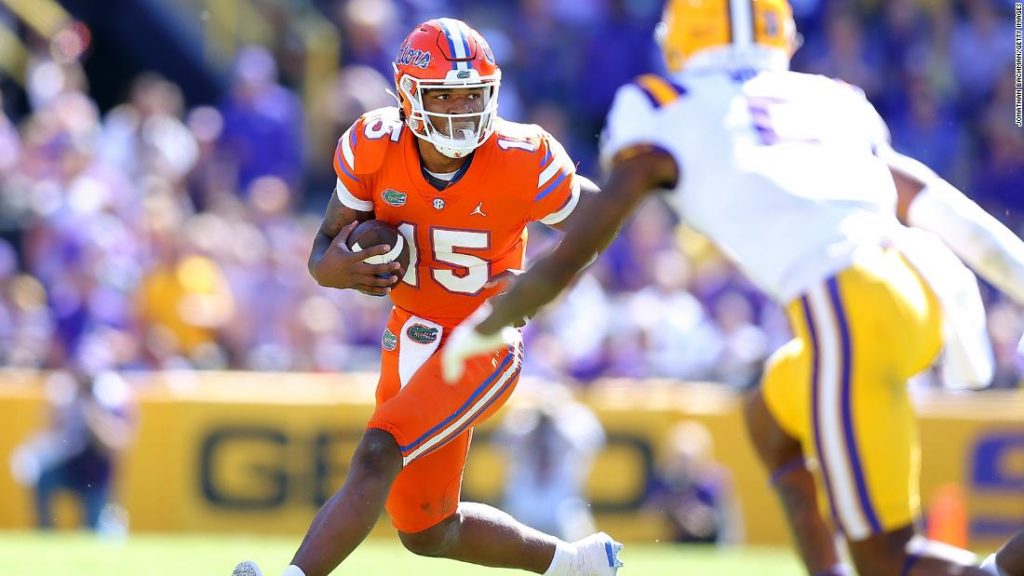 “While a nickname is only a nickname and ‘AR-15’ was simply a representation of my initials combined with my jersey number, it is important to me that my name and brand are no longer associated with the assault rifle that has been used in mass shootings, which I do not condone in any way or form,” the Gators player said in a statement published to his Twitter.

Richardson said that, after thinking hard and consulting with friends and family, he would no longer use the nickname and would stop using a logo featuring a scope reticle as part of his branding.

“My representatives and I are currently working on rebranding, which includes the creation of a new logo and transitioning to simply using ‘AR’ and my name, Anthony Richardson,” he added.

Richardson, who split time with Emory Jones as a redshirt freshman last season, threw for 529 yards, six touchdowns and five interceptions in seven games. Richardson is expected to be Florida’s starting quarterback this season, as Jones transferred to Arizona State earlier this year.

READ: 3 people killed and 2 injured during a shooting at an Indiana shopping mall
America’s problem with gun violence has once again been brought to the fore by an alarming surge in mass shootings, like those at a supermarket in Buffalo, New York, an elementary school in Uvalde, Texas, and at a Fourth of July parade in Highland Park, Illinois.

AR style weapons have been used in some of the country’s deadliest shootings, including Uvalde, Tulsa, El Paso, Parkland, San Bernardino and Newtown.

There have been 352 mass shootings in the US this year as of Monday morning, according to the Gun Violence Archive. The archive and CNN define a mass shooting as an incident in which four or more people are shot, not including the shooter.