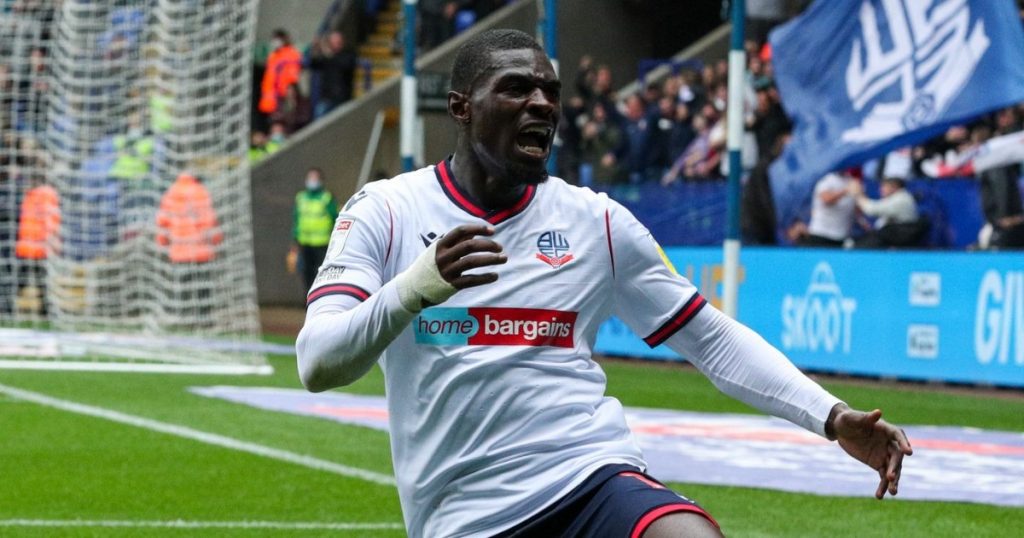 Born in Sierra Leone, Trotters striker, who has scored 11 goals in all competitions this campaign, is open to joining the Leone Stars.

“I certainly will accept a call-up it’s is something I am looking forward to,” Bakayoko expressed his desire when answering our questions.

“I was born in Sierra Leone and I’m now ready to represent my country.”

Since joining English League side Bolton on a two-year deal in June 2021, he has been a pivotal player in Ian Evatt’s side.

The 6ft 2in tall striker came through Walsall’s academy and has had loan spells with AFC Telford United, Southport and Worcester City.

He joined Coventry City in 2018, where he made 85 appearances during his time with the club, scoring 12 goals.

He was named in Sierra Leone side back in 2018 for AFCON qualifying trip Ethiopia but turned it down due to club commitment.