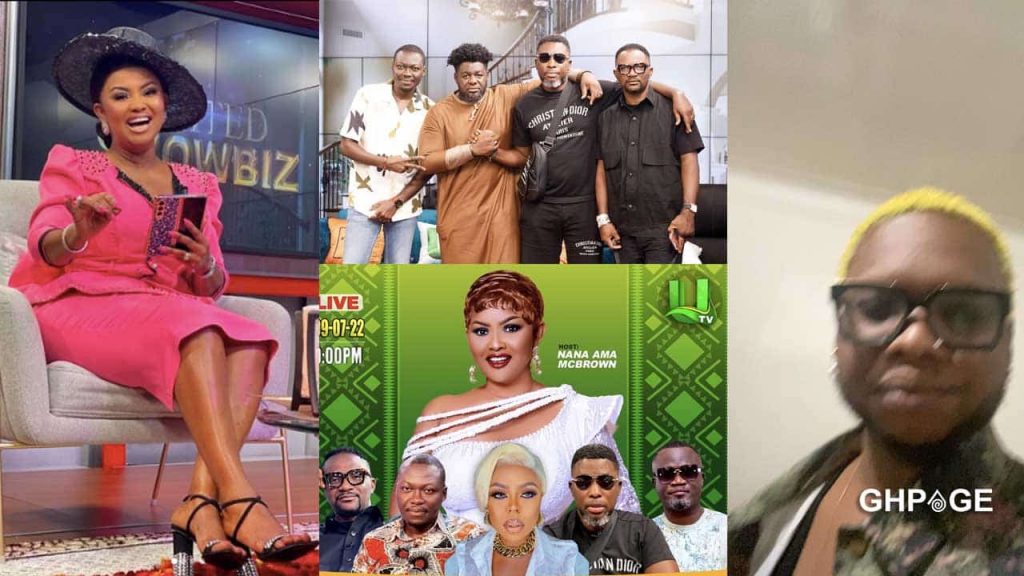 Nana Tonardo, a former close friend of Afia Schwarzenegger, declared outright that Nana Ama McBrown, the hostess of United Showbiz, and all of her panellists are stupid.

After the most recent episode of the program, which included Afia Schwarzenegger and other guests as panellists and in videos and comments on social media for a few months, the infamous failed actor made this submission.

He claims that UTV made no sense in inviting Afia Schwarzenegger to United Showbiz to discuss her dispute with Chairman Wontumi, which has been resolved for days.

Also Read: “I went too low for Wontumi to sleep with me” – Afia Schwar

According to Tonardo, Nana Ama and her pundits are both fools for debating this topic on national television by themselves.

But he singled out Arnold Asamoah Baidoo and Michael Ola of Okay FM as the only two commentators who offer constructive criticism.

As if that weren’t enough, Kwame A Plus was singled out and told he wasn’t surprised to see him standing up for Afia Schwarzenegger now that they were best friends.

Nana Tonardo claimed that Afia Schwarzenegger had in the past insulted and called Nana Ama a barren woman before she was able to give birth to Baby Maxin, but now that she is acting as if nothing has happened, it makes her the biggest fool.