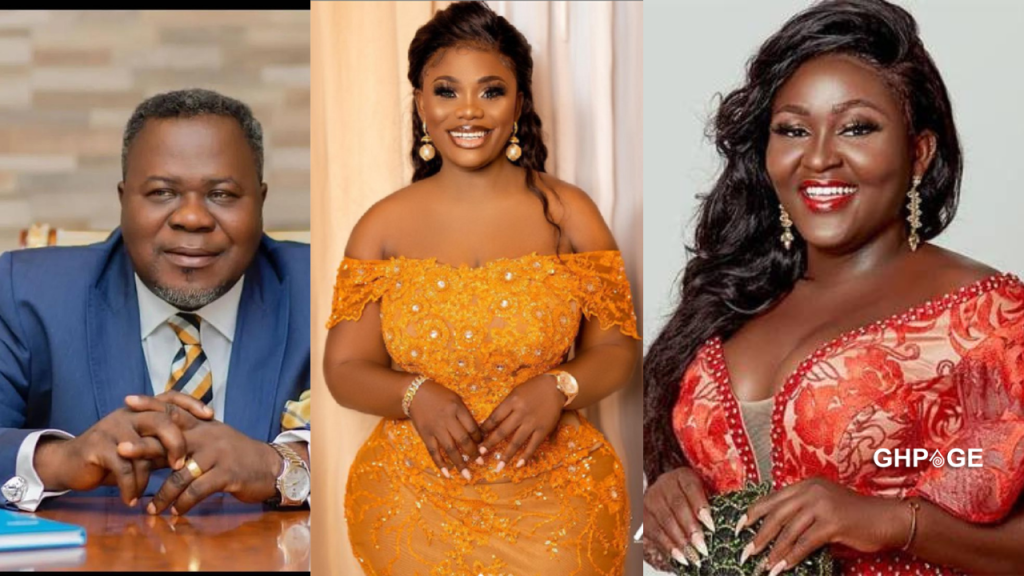 AJ Pounds’ most recent interview with Delay on her Delay Show program has opened a can of worms on the internet and looking at how things are unfolding, we are in for a long dirty run.

Speaking in the interview, AJ Pounds boldly stated that Akua GMB cheated on Dr Kwaku Oteng and was caught red-handed in the act.

READ ALSO: Dr Kwaku Oteng made several advances toward me but I declined all of them – AJ Poundz

Also, she noted that Dr Kwaku Oteng allegedly tried to sleep with her but she was smart to prevent it from happening.

Reacting to the report, a very close friend of Akua GMB has accused AJ Pounds of sleeping with Dr Kwaku Oteng.

This lady alleged that AJ pounds was jealous of Akua GMB throughout the period of their friendship.

To make matters worse, AJ Pounds was accused by the lady as the same evil person who introduced Akua GMB to another man.

The lady ended her submissions by advising her fellow women to be very careful and vigilant of friends like AJ Pounds.

AJ Poundz and Akua GMB were the best of friends some time ago, even somewhere last year, she confessed that she used to wear Akua GMB’s used clothes when they were friends.

According to her, life was really hard at the time and she could barely feed herself or buy her own clothes.

Speaking in an interview with Fiifi Pratt, AJ Poundz disclosed that she ending her friendship with Akua GMB has rather been a blessing in her life.

She noted that Akua cut her off as a friend after she had even insulted her mother.

Her only fault was that she posted a bikini photo of herself, Akua and other friends on Instagram which Akua didn’t like.