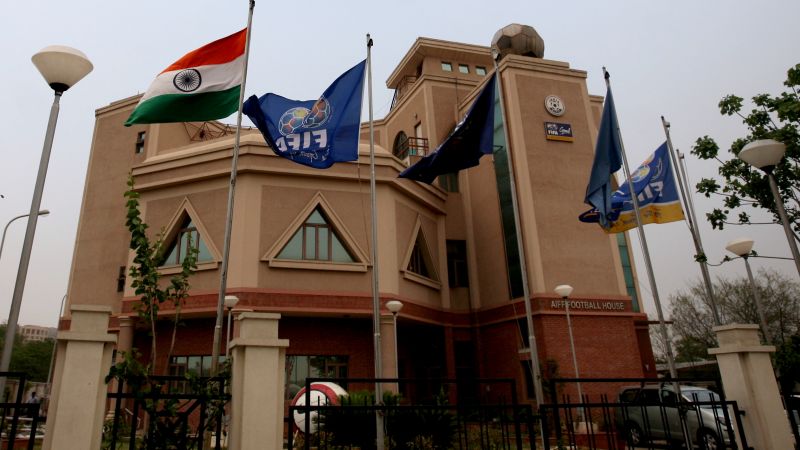 FIFA has suspended India’s football association because of “undue influence from third parties,” amid concerns over legal interference after India’s Supreme Court appointed a three-member committee to take over the day-to-day operations of the federation.

FIFA stated in a press release Tuesday that the “third party” involvement in India’s football association, the All India Football Federataion (AIFF), went against their statues, adding that the suspension would be lifted if the Supreme Court’s ruling is repealed and “the AIFF administration regains full control of the AIFF’s daily affairs.”

As part of the move, FIFA has also stripped India’s hosting of the under-17 Women’s World Cup.

The ruling from football’s governing body comes after India’s Supreme Court appointed the committee to take over the “day to day governance” of the AIFF in May after its president, Praful Patel, failed to hold elections originally scheduled for December 2020.

In June, FIFA held a joint trip to India with the Asian Football Confederation (AFC) where it “held constructive discussions with local stakeholders regarding the situation at the AIFF.”

“The meetings concluded that the next steps should be the ratification of the AIFF Statutes in line with FIFA/AFC principles of good governance and the holding of an electoral congress to choose the next AIFF leadership. This would be based on a timeline agreed by AIFF stakeholders,” FIFA said.

However, just over two months after the joint trip, FIFA announced the suspension of the AIFF.

“The Bureau of the FIFA Council has unanimously decided to suspend the All India Football Federation (AIFF) with immediate effect due to undue influence from third parties, which constitutes a serious violation of the FIFA Statutes,” the statement said.

“The suspension will be lifted once an order to set up a committee of administrators to assume the powers of the AIFF Executive Committee has been repealed and the AIFF administration regains full control of the AIFF’s daily affairs.”

In a letter from FIFA’s secretary general – Fatma Samoura – to its member associations, Samoura said: “The AIFF representative and club teams are therefore no longer entitled to take part in international competitions until the suspension is lifted.

“This also means that neither the AIFF nor any of its members or officials may benefit from any development programs, courses or training from FIFA and/or the AFC. Moreover, we would remind you and your affiliates not to enter into any sporting contact with the AIFF and/or its teams while the AIFF is suspended.”

In regards to the U17 Women’s World Cup, which is set to begin on October 11, the statement said: “FIFA is assessing the next steps with regard to the tournament and will refer the matter to the Bureau of the Council if and when necessary.

“FIFA is in constant constructive contact with the Ministry of Youth Affairs and Sports in India and is hopeful that a positive outcome to the case may still be achieved.”

CNN has reached out to the AIFF for comment.