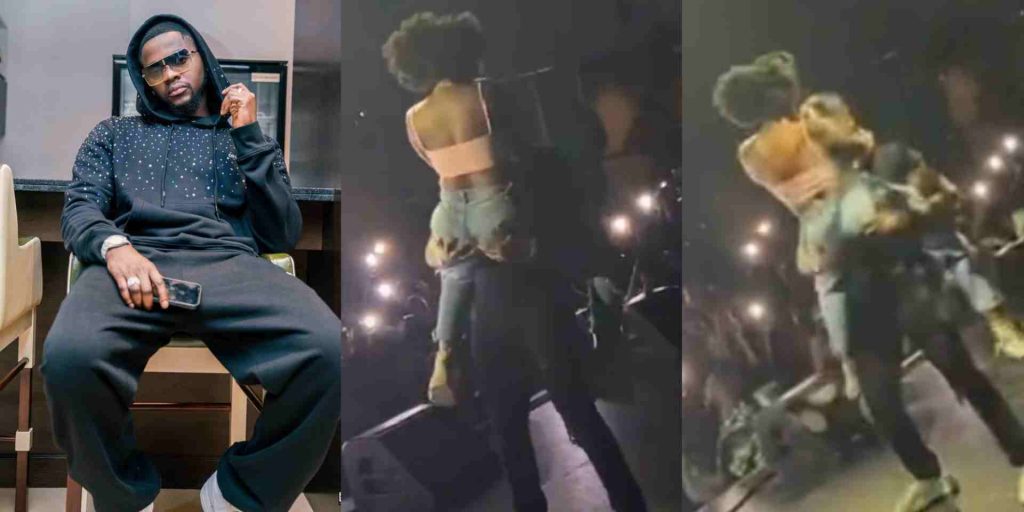 Superstar musician, Kizz Daniel stirs reactions as he calls on a lady he hijacked during his concert to send him a message as soon as possible.

The Buga crooner has been on a music tour for days, shutting down several arenas. However, things took a different turn when he seemingly got ‘wild’ on stage.

Kizz Daniel initially could be seen squatting while placing his hands on the lady’s butt who was twerking on stage.

In a blink of an eye, the crooner dropped his microphone and lifted her which stirred spirited chants from the audience.

While sharing the video on his Instagram page, the singer told the lady to send him a direct message (DM) immediately.

Reacting, fans attributed this rare display to the power behind a woman’s backside.

Check out reactions below: