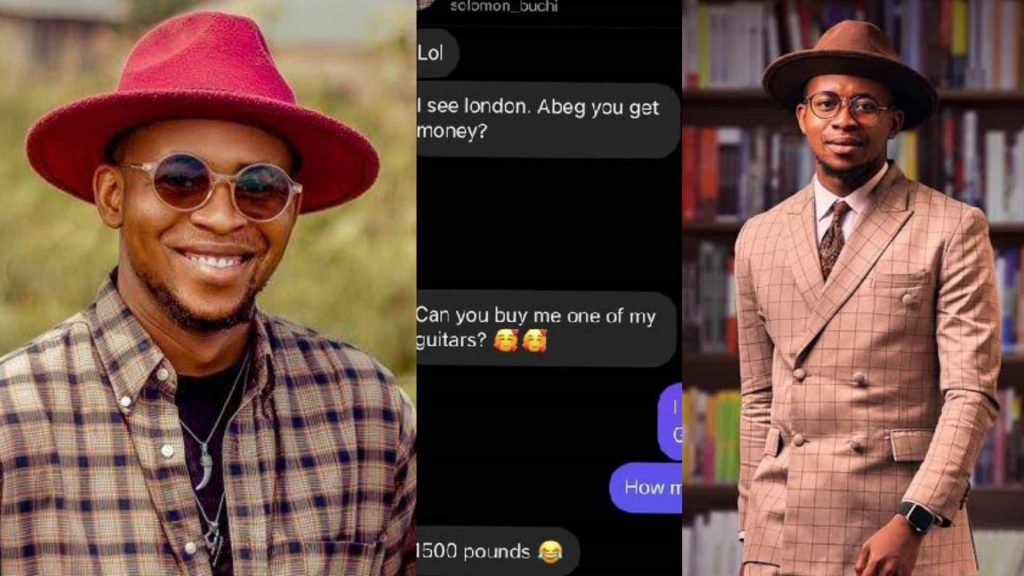 Popular relationship coach, Solomon Buchi has been exposed by multiple women for being deceitful.

The socialite had taken to his Twitter page to dole out advice to men on dating broke women.

According to Buchi, men should steer clear of broke girls because they impede their growth and would only drain them of everything they have.

“Men, stop dating broke women. They will won’t help you grow. They’ll drain you. They need money for everything, even for oxygen. They hate work, but they love soft life. Check their IG, you’ll think they’re millionaires. Avoid dating broke women, but give them jobs if you can”

This seemed to have infuriated some ladies in whose DM he had supposedly been stylishly asking for money.

One of the chats shows a user alleged to be Solomon Buchi showing interest in a lady because she had ‘London‘ written on her profile.