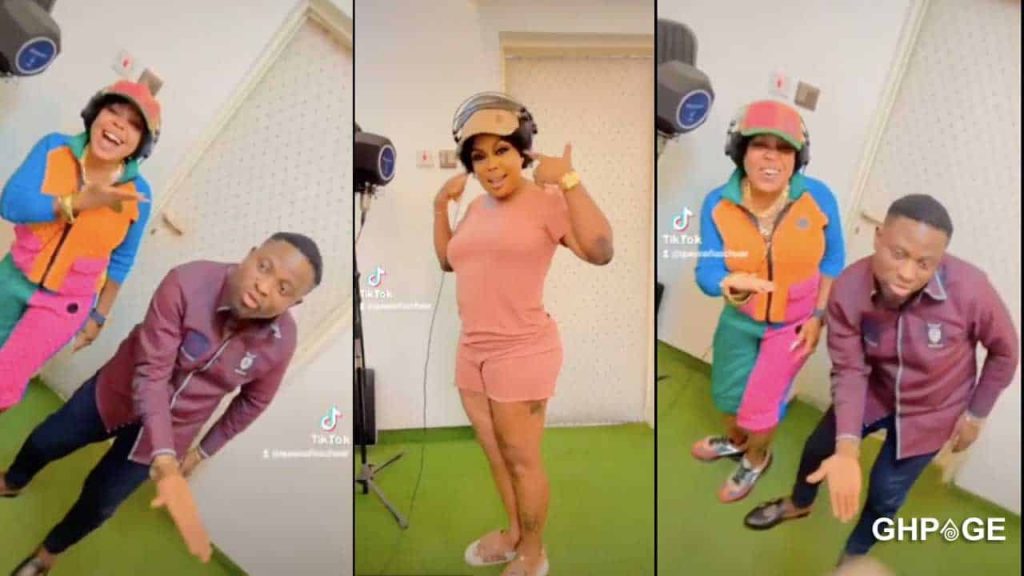 Afia Schwarzenegger, a Ghanaian comedienne, appears to be ready to pursue a career as a musician.

Broda Sammy, a gospel singer, has been sighted in the studio with the controversial entertainment personality as they record what appears to be a gospel version of Afia’s now-famous catchphrase, ‘Dada Damoase.’

The two buddies can be seen in a video practising the song, which appears to be almost ready for release.

Many music fans are aware that the term has already been immortalized in a song by Coded of the now-defunct music group 444.

However, Coded and Afia Schwar had a recent radio interview in which the latter berated the former and used a lot of unprintable terms on him for going ahead and recording a song with a phrase she coined without first asking her express agreement.

Afia Schwar, it appears, has also decided to profit from the term, and she is preparing to release her own song.

Let’s see how this yet-to-be release song goes after it’s officially released in the coming days.