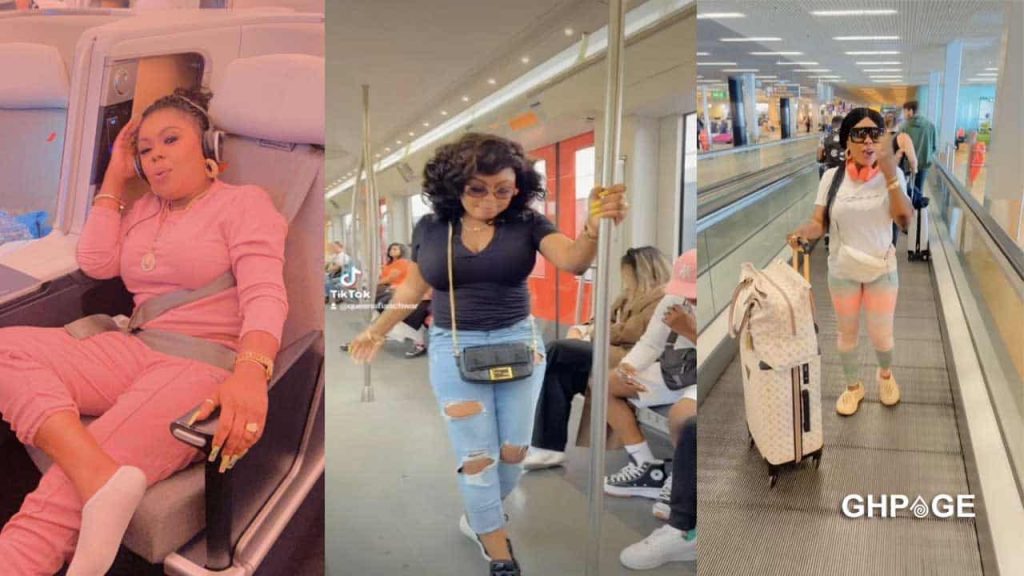 It would be remembered that the controversial presenter was kicked out of a flight month ago after she was declared a flight risk because she was allegedly drunk.

Though she wasn’t allowed to board the flight, the airline checked her into a hotel and paid for her stay before they later got her another flight to her destination.

According to a source, despite everything that the airline did for her, she seems not to be happy and that is her main reason for heading to court.

In a writ sighted, Afia Schwar is demanding an amount of EUR2,934.18 or its cedi equivalent being the cost of her elite ticket.

She is also demanding USD4,600.00 or its cedi equivalent being the cost of Plaintiff’s two (2) damaged bags.

That is not all as she is also asking the court to make the airline pay an additional EUR312.00 or its cedi equivalent being the cost of the broken drinks and a sum of GH48,000 to perform at a show in Ghana.

Read the statement below: