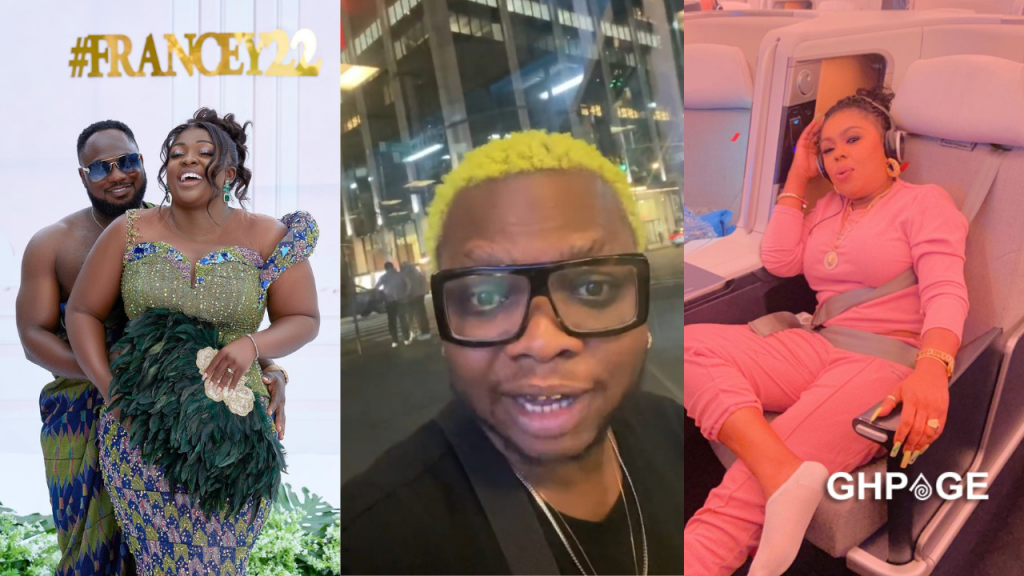 Before Tracey Boakye’s expensive and colourful traditional and white wedding ceremony followed by a lavish dinner which attracted several celebrities, Nana Tornado and Afia Schwar threw subtle shots at each other through shared posts and videos on their social media platforms.

The aftermath of the wedding has been nasty and disgusting because Afia Schwar and Nana Tornado have both refused to allow sleeping dogs to lie.

In a new self-made video from the camp of Nana Tornado that has caused a stir on the internet – He accused Afia Schwar of lying to people around her that Tracey Boakye’s husband is a broke make-up artist in Germany.

Nana Tornado went on to add that when he was still friends with Afia Schwar, she gossiped to him that Tracey Boakye is still a ‘villager’ despite the money she has.

Odii Tornado further accused Afia Schwar of being a big snitch because she takes money from Tracey Boakye and later smears her reputation behind the scenes.

Nana Tornado ended his rants by emphatically stating that Tracey Boakye is gradually dissociating herself from the “mafia” gang.

Afia Schwar is yet to react to Nana Tornado’s latest heavy accusations and also fire him back in a ferocious manner.