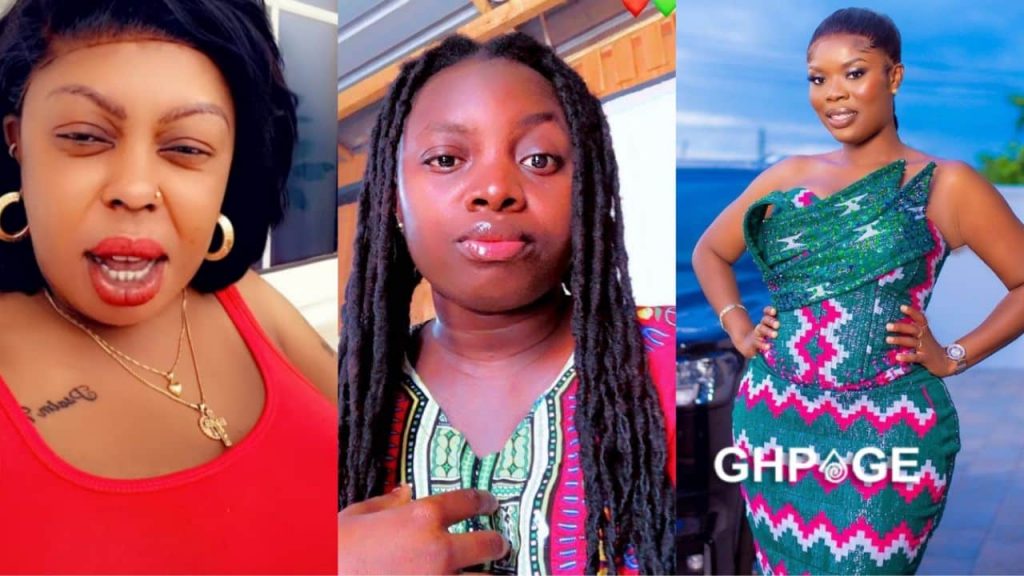 Afia Schwar has finally replied to Delay’s daughter, Ellen Korkor for the first time after receiving several punches from the actress over the past few weeks.

About four days ago, Ellen Korkor granted an interview with blogger Zionfelix and in the course of the interview, she made some positive remarks about Delay but she wasn’t able to weave her words well hence a grammatical error appeared in her speech.

READ ALSO: I was nobody, you made me who I am today – Afia Schwar finally expresses gratitude to Delay ( VIDEO)

Afia Schwar who adores teasing people has edited the part Ellen Korkor goofed to make a mockery out of her and her madam Delay.

Sharing the hilarious video on her IG age, she captioned it;

Apuuuuu…
Good evening my VAWULENCE committee..
She is are ampa!!!!
The confidence of an idiot aah ose “YEA”..
“SIANATION”
Kyeres3 wa dropi nkwasia slang…
Siri play me Birds of the same company slang like their boss..

Ellen Korkor has solidly stood behind ever since Afia Schwar resurrected their long-standing beef.

She has vowed to presver her loyalty and alliance to Delay until the end of time therefore she won’t spare anyone who attacks or points an accusing finger to her mentor and godmother.

She will defiantly reply to Afia Schwar’s most recent attack on her and the two will diety themselves on the internet in the next few days ahead.