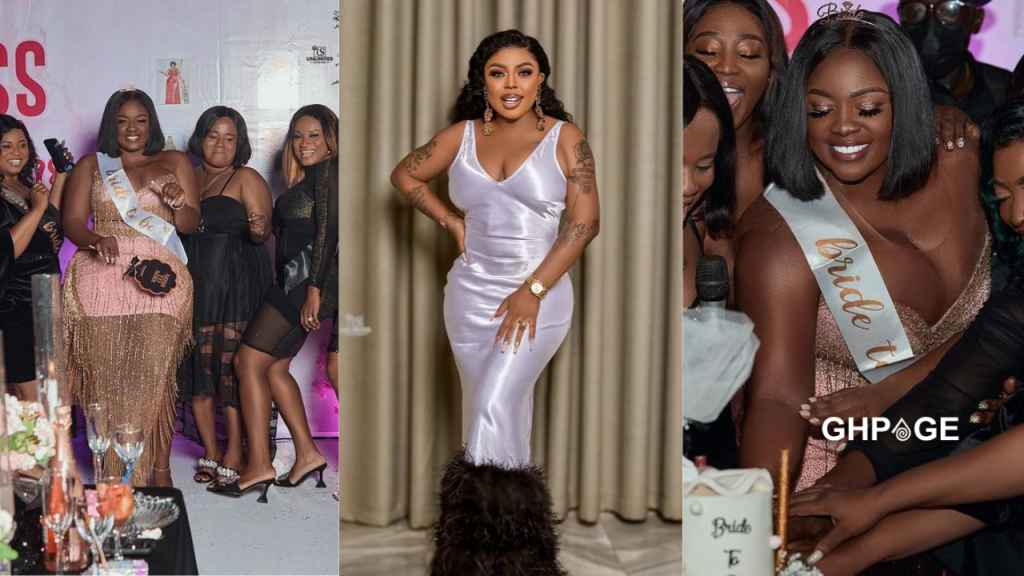 As we all know, Tracey Boakye, Diamond Appiah and Afia Schwar’s friendship is stronger than apartheid and extends beyond the normal social media gimmicks.

Citing all the videos from Tracey Boakye’s bridal shower that have landed on the internet, one can boldly conclude that both Afia Schwar and Diamond Appiah were missing in action.

However, the reason behind their absence is not yet known but some critics on the internet have suggested that their “Mafia gang” circle has hit the rocks.

Amidst the reports of Afia Schwar and Tracey Boakye’s friendship collapsing, the comedienne has shut the mouths of critics by congratulating her god-daughter.

Afia Schwar has shared a picture of Tracey Boakye on her IG page with the caption;

Hopefully, Afia Schwar will be in attendance to support Tracey Boakye on the D-day because it’s assumed she hasn’t returned to Ghana from her family vacation but the same can’t be said about Diamond Appiah for now.