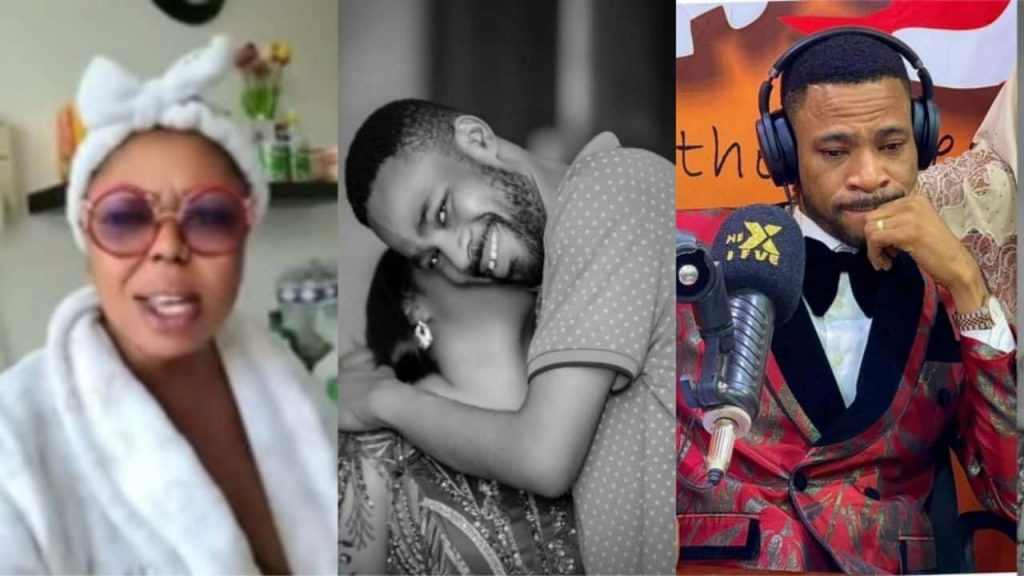 Controversial Afia Schwar is the latest person to attack Kofi Adomah after his open confession on live radio that he has cheated on his wife on several occasions and been his kids outside their marriage.

According to Afia Schwar who is very happy about Kofi Adomah’s predicaments, Karma is mercilessly dealing with him because he totally destroyed and pelted lies against her during her marriage crisis with her ex-husband Abrokwah.

Afia Schwar who seems to know more about the secret womanizing activities of Kofi Adomah also authoritatively stated that she’s aware Kofi Adomah has been sleeping with her friend named Sandra who is married in the UK.

The comedienne who has fought with almost everyone in the showbiz industry also hurled heavy insults at Kofi Adonah and his innocent mother.

As alleged by Afia Schwar, Kofi Adomah quickly dumped his first wife who stuck with him through thick and thin after he saw Miracle.

And upon all these wicked moves, he still cheated on Miracle whom he dumped his first wife for – And this makes him a very evil and vile person.

Afia Schwar is blighted over Kofi Adomah’s saga because the journalist didn’t spare her when she was caught in bed with another man while still married to Abrokwah.