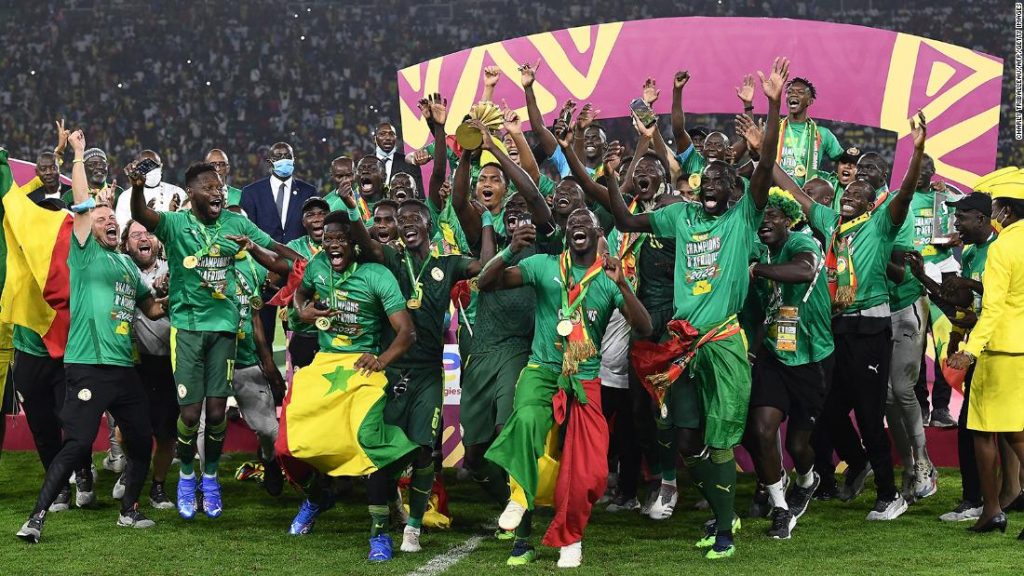 Neither Senegal nor Egypt — which had previously won the Africa Cup of Nations seven times, the most in the tournament’s history — were able to breakthrough in the first 90 minutes, with Senegal looking in control for most of the game before Egypt gained strength late in the second half.

The game’s best opportunity at a goal in regulation time came in the early minutes of the match for Senegal. After an Egyptian foul in the penalty box, Liverpool star Sadio Mané’s penalty kick was saved in spectacular fashion by goalkeeper Mohamed Abou Gabal, also known as Gabaski, in the seventh minute.

But after 30 scoreless minutes of extra time, which featured a pair of stellar saves from Gabaski and Senegalese keeper Edouard Mendy, the game went to penalty kicks.

Another clutch save from Mendy set Mané up with a chance at redemption. Mané buried a rocket in the back of the net to give Senegal the championship.

The tournament was completed in the shadow of the deadly stadium crush where at least eight people were killed and 38 injured during the game between Cameroon and Comoros on January 24 outside Olembe Stadium.