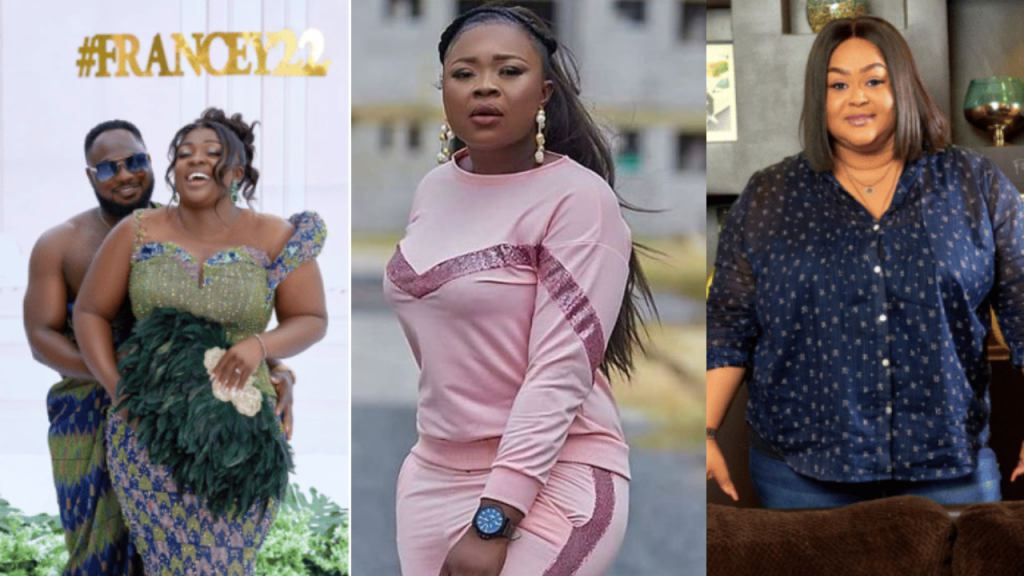 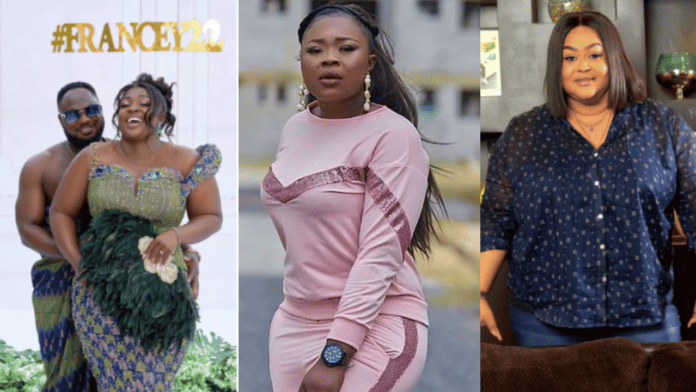 Actress and social media commentator, Adu Safowaa has made some uncomfortable remarks about Vivian Jill that have caused an uproar on the internet.

According to the loudmouth and controversial actress, Tracey Boakye was able to snatch Frank from Vivian Jill because the half-caste actress has refused to look sexually appealing irrespective of her angelic face.

Speaking in an interview with a Youtuber, Adu Safowaa claimed that there’s no way Tracey Boakye would have been able to snatch Frank from Vivian Jill if she had gone under the knife to look sexy.

She continued that Vivian Jill is now obese and doesn’t take care of her body anymore which has made her look like an old woman.

Adu Safowaa proceeded to advise Vivian Jill to go under the knife to look sexy and her age because her current bloated physique doesn’t match her age and status.

As we all know, after Tracey Boakye unveiled Mr Frank Badu as her husband, rumours went rife on the internet that she snatched him from Vivian Jill.

Vivian Jill has since shared a couple of cryptic messages on her social media pages that give the impression that the reports might be true.

Tracey Boakye on the other hand hasn’t addressed the accusations but might comment on it in the near future.