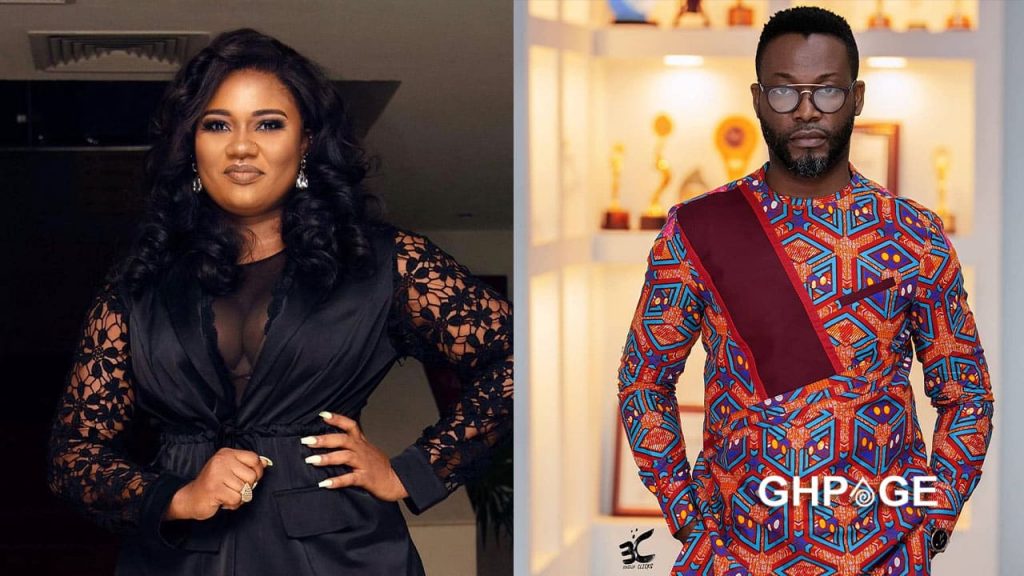 Scores of Ghanaians have reacted with great concern following the surfacing of a video of Abena Korkor in an encounter with veteran actor Adjetey Anang.

Abena Korkor has registered her name in the bad books of many Ghanaians as a sex addict who publicises her bedroom affair with men. Due to this, the sighting of her coercing Adjetey Anang for sex has raised an alarm.

In the fast trending video culled from the set of a movie, Abena Korkor was heard praising the bedroom performance of Adjetey Anang, who played the role of her husband, as he headed out for work.

She frantically pleaded with him to hurry back home when he closes from work because she misses his bedroom skills and promised to wear his favourite panty when he returns.

Watch the video below.

Abena Korkor was spotted on set with Adjetey Anang for a new film titled To Have and To Hold, which is set to premiere in the coming weeks.

However, Adjetey Anang’s encounter with her has prompted fans to advise him to tread cautiously else he might end up on her list of celebrities she’s slept with.

Check out some reactions below

ab8millinery: Adjetey Annan will be on d list soon

afia_queeny3: This role de3 it fit you paa cos u be the queen of zigizigi