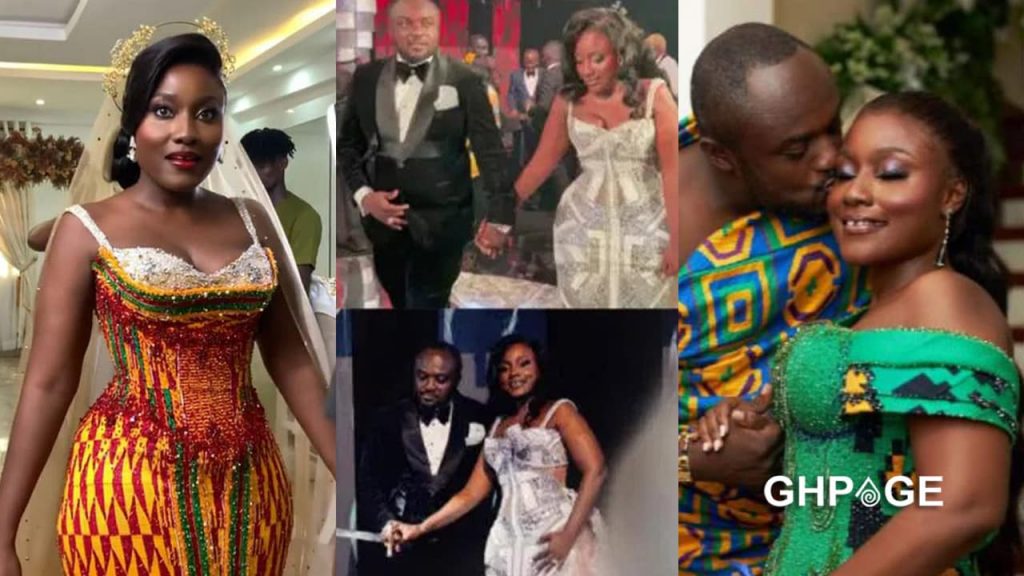 Earlier this morning, It is wildly alleged on the internet that the marriage between Anita Sefa Boakye and the CEO of Adinkra Pie, Barima Osei Mensah has hit the rocks barely a year after their lavish wedding.

According to sources, Anita has reportedly returned the drinks to Barima’s family members signalling the end of the marriage.

This unfortunate news was shared by Instagram blogger Tutugyagu who claimed she received the information from a source close to the couple.

Even though the reason for Anita’s action was not revealed, it was reported that they have been fighting since they tied the knot.

Barima Osie has finally broken silence on the fake story that has kept him on tenterhooks since morning.

According to Barima Osei, Ghanaians should disregard any report about any divorce between himself and his adorable wife.

In a reaction to the reports on his WhatsApp status, Bariman Osei simply said: ‘Eii Ghanafo)’ and added a laughing emoji.

Anita and her husband, Barima Osei Mensah got married in November 2021 in a glamorous ceremony which was the talk of town.

Detractors have tried on countless occasions to destroy their marriage but all the attempts have been futile.