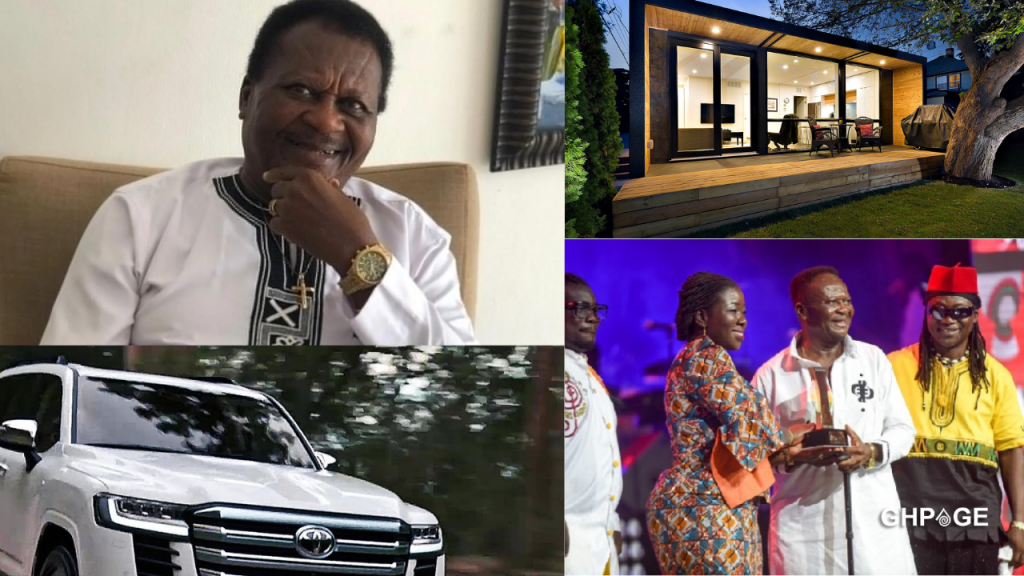 With over two decades of experience in the music business, A.B Crentsil has proven himself as a consummate performer with a repertoire of amazing hits to his credits.

He has also won several Excellence Awards including the Fontomfrom Evergreen Award, which is a special honour bestowed upon a musician with 15-20 years of continuous music experience.

AB Crentsil has over the years shown a lot of substance and received appreciation and admiration largely for his controversial lyrics.

After passing his middle school exams, AB began working as an electrical apprentice for his father, who was the works superintendent of the technical branch of Ghana Railways in Takoradi.

Mr. Thedoh introduced AB to the guitar when they were in middle school. AB developed his guitar skills and began humming along with songs as he played them.

AB was performing with Kwesi Donkor’s Strollers Band while also working as an electrician. He has performed with the Sweet Talks, the El Dorado’s, and now the Ahenfo Band.

AB. Crentsil has 5 albums to his catalogue with over a 100 singles. The albums are;

The song described sex between a man and a woman with a Biblical story of how God’s intervention through Moses, led the Israelites to freedom at the hands of Pharaoh and crossed the red sea with the ‘magic’ of his stick in Exodus 14:21.

It was widely reported that then-President John Jerry Rawlings banned the song from being played on any radio station across the country.

But from the horse’s own mouth during an interview with UTV’s United Showbiz said the song was never banned.

A.B Crentsil married Madam Elizabeth Crenstil in the late 80s and they had seven children together.

AB. Crentsil net worth is estimated to be around $500,000. He has one big house in Accra and two saloon cars.