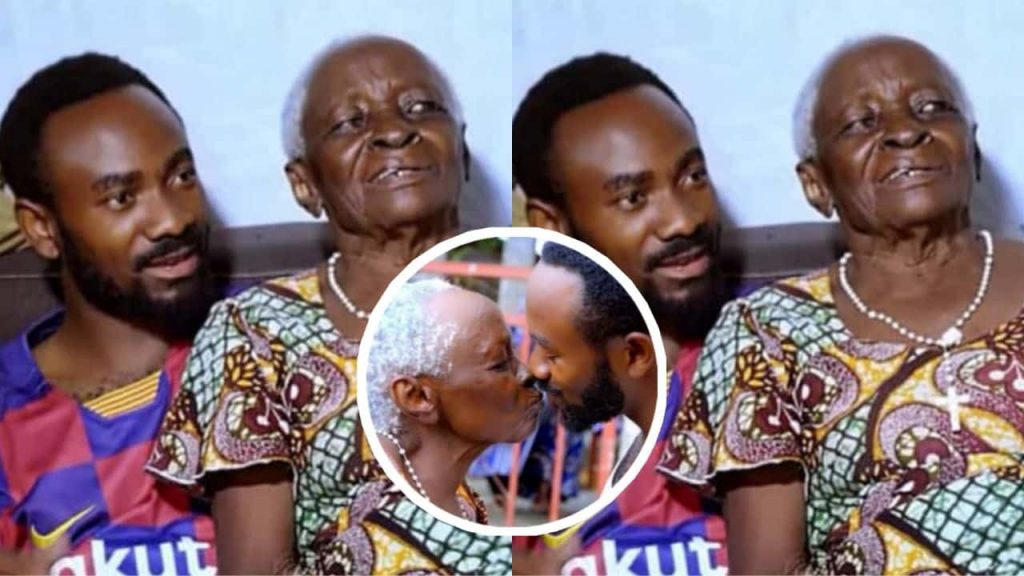 A 25-year-old guy has set tongues wagging on the internet after openly declaring his undying love for an 85-year-old woman who has grandkids.

According to reports, the two love birds met when the guy whose name has been given as Muima was looking for a room to rent while he pursued further studies.

Although the 85-year-old woman named Theresa has been severely rebuked by her children and grandkids but she’s still determined to marry young Muima.

It has also been disclosed that Muima has obliged to offer the 20 cows Theresa’s children are requesting in order to make things official between them.

Speaking in an interview with Afrimax about their bizarre love affair, Theresa is reported to have said;

“I have eight children and 20 grandchildren. According to my boyfriend’s age, he could be my fifth grandchild. He loves me and I love him. I am ready to put on the wedding dress and ring“

Mumia on the other hand also said;

“This is my choice. This is my happiness, as anyone else has theirs. Before pleasing others, first, please yourself and decide not based on anyone else’s opinions“

Muima and Theresa’s love story is very shocking because it’s rarely seen in the community.